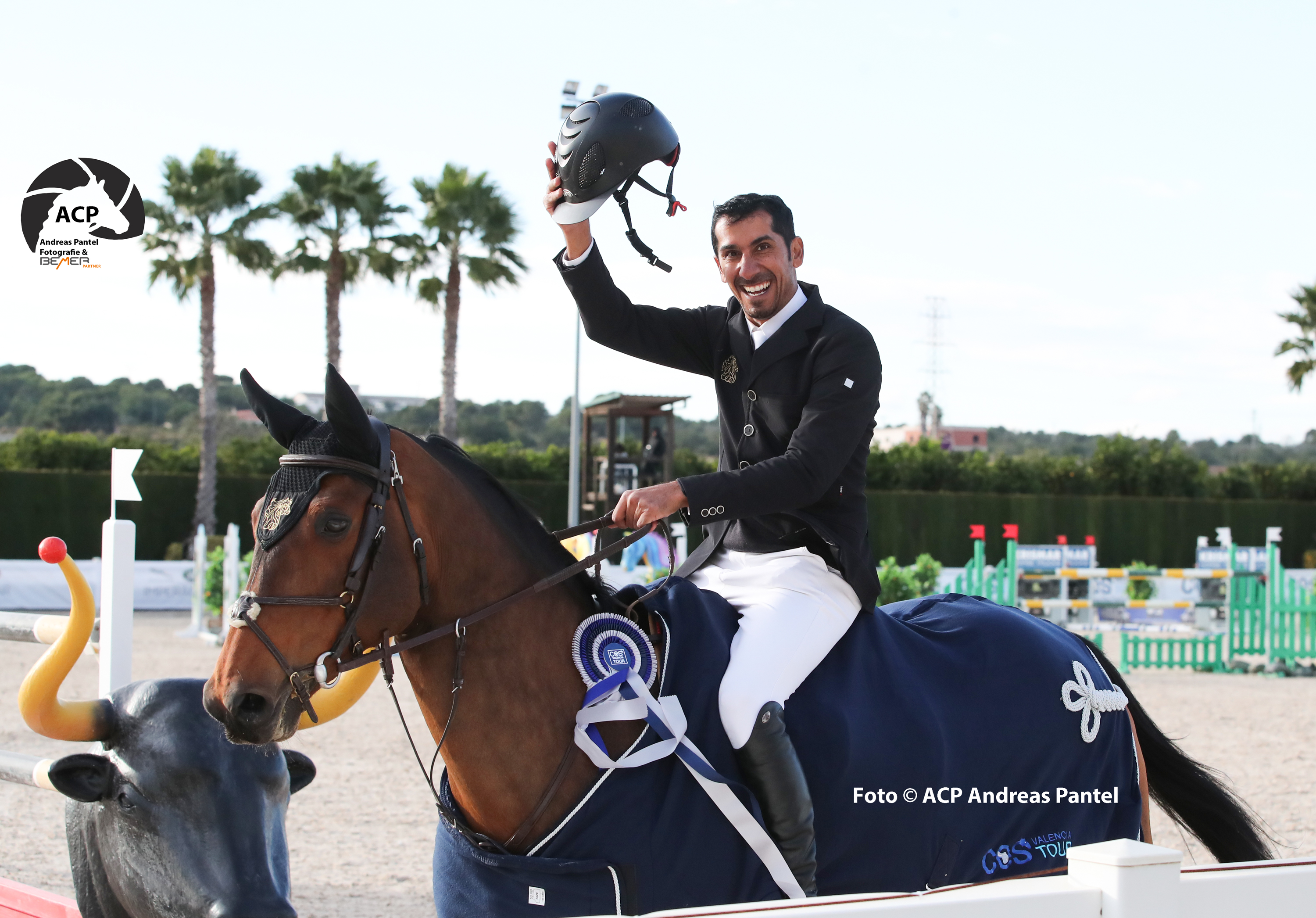 Posted at 12:29h in Noticias by admin

Al Muhairi won for the United Arabian Emirates with fourteen-year-old Cha Cha Cha (Chacco-Blue) in 34,63 seconds. That was one and a half second faster than home rider Fernandez. He put his faith in Recesvinto (Rey Z) for his second place. Gregory Wathelet and Indago (Concorde) finished third with a time of 36,28 seconds.