Posted at 10:51h in News by cesvalenciatour 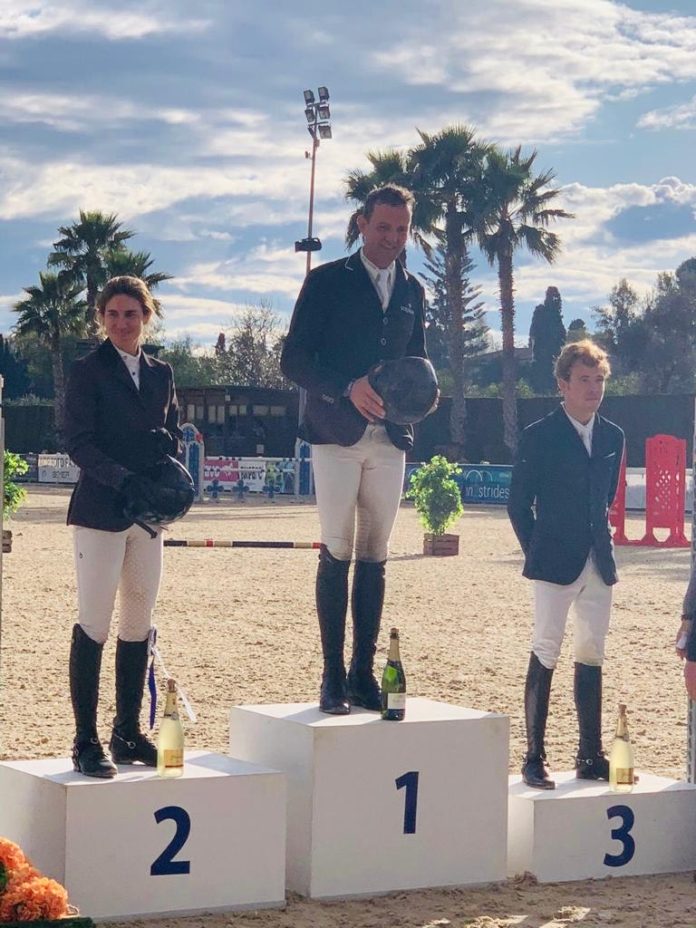 With the Grand Prix, the first week, of the total of seven that has the club from Valencia, has finished.

A total of 32 binomials of which 11 have been spanish is the total the have tried to be on top of the podium being the italian Luca Maria Moneta with NEPTUNE BRECOURT with a time in the tie-breaker of 39,15.

In second place the only spanish female rider who has cualifica for this Grand Prix, Laura Roquet with SANDI PUIGROQ and a time of 39,26 and in third position the belgian Cyril Cools with GUITERMO and a time of 39,40.

Cayetano Martinez de Irujo was the second best spanish rider, who despite finishing without drops added a point for excess in time, leaving him out of the tie-breaker.

On Thursday 30th of January the competition will resume with the young horses and he CSI2*.